You are here: Home / Medical Problems / How to Deal With Heartburn during Pregnancy 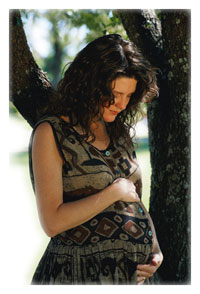 There are many problems a woman has to go through when pregnant. She might get high blood pressure, edema, nausea and vomiting, weakness, and excessive heartburn. For each of these problems there are remedies; however the doctor usually advises to keep medicines to the minimum lest it will affect the baby in one way or other. The mothers-to-be also prefer to endure the ordeals as much as possible, rather then risk harming the baby.

Can Heartburn During Pregnancy Be Controlled?

During pregnancy, a great deal of changes takes place in the body due to release of extra hormones triggered. These hormones cause the LES (lower esophagus sphincter) to get loose and as a result of that, it can swing the other way, allowing acid and undigested food rush back into the alimentary canal.

The question remains whether it is possible to check and/or control the heartburn during pregnancy without creating any type of risk to the baby. It seems that the answer is ‘yes’. Some of the remedies are simple precautions that you can apply without much effort:

The above are only five simple remedies that will allow you freedom from heartburn. Other remedies would be yoga, prescription medicines form your doctor and an exclusively fat free diet (if possible). It remains to see how much of these remedies are feasible for you and how many work to your satisfaction. The only way to find out is to try them out one by one and see for yourself.